Plate tectonics – the relative movement of a small number of large rigid plates of lithosphere – entered the geologic canon smoothly and quickly because it brought simplicity. Plate tectonics, nevertheless, works poorly for some regions, particularly where continental regions deform. On one hand, one can try to use numerous small rigid plates to describe the deformation. On the other, one can view the deformation as viscous flow of a continuous medium. Two regions contrast these two views: in eastern Asia continuous deformation describes best how the Tibetan Plateau and surrounding high terrain have grown, but in the Maritime Continent (Indonesia and surroundings), numerous small plates move quickly with respect to one another to build islands and block ocean passages. These two regions also illustrate how the evolving landscape can affect both regional and distant climates: the Indian monsoon as a response to the growth of high terrain in Asia, and the emergence of islands as perhaps a key to the initiation of recurring ice sheets on Canada. The interconnected nature of the atmosphere makes it possible for tectonic changes in one region to affect climate in another.

When plate tectonics was recognized, Tuzo Wilson might have realized that the tectonic development of one region can affect climates tens of thousands of kilometers away, but few others did so, and now some of us are having the kind of fun that he had with plate tectonics. 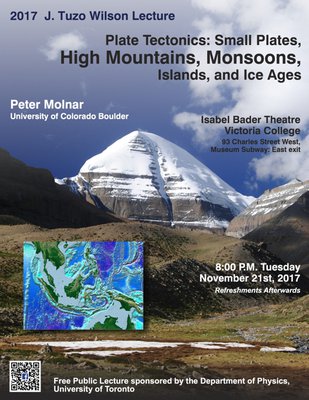 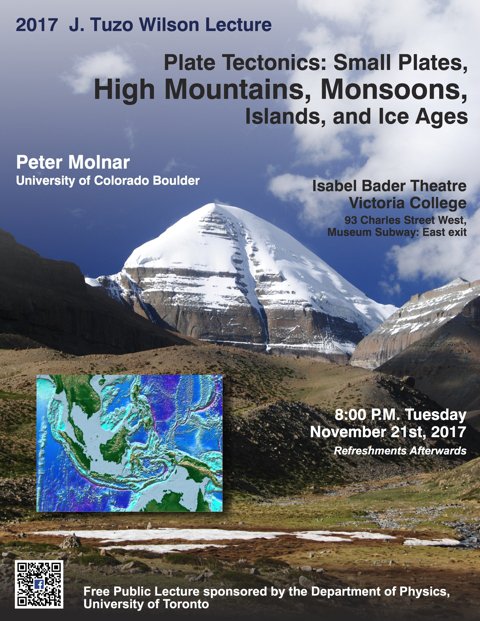