The Giant’s Causeway, a World Heritage Site, is a spectacular outcrop of uncannily regular lava columns on the coast of Northern Ireland.  How did it form?  This question has deep roots in the history of geology and geomorphology.  The mostly hexagonal columns were carved out by cooling cracks, which became more regular as they advanced.  A similar ordering process is found in the permafrost cracks, driven by freezing and thawing, that decorate large swathes of the polar regions of Earth and Mars. Surprisingly, these effects may be captured by a simple laboratory experiment you can (almost) do in your kitchen. This talk will examine the pleasures and pitfalls of such “tabletop geomorphology” experiments. 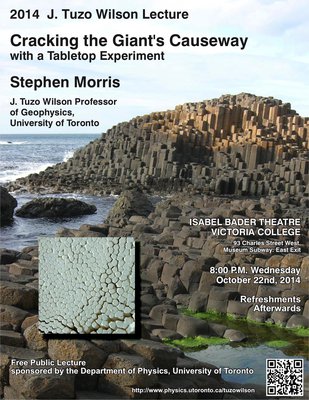 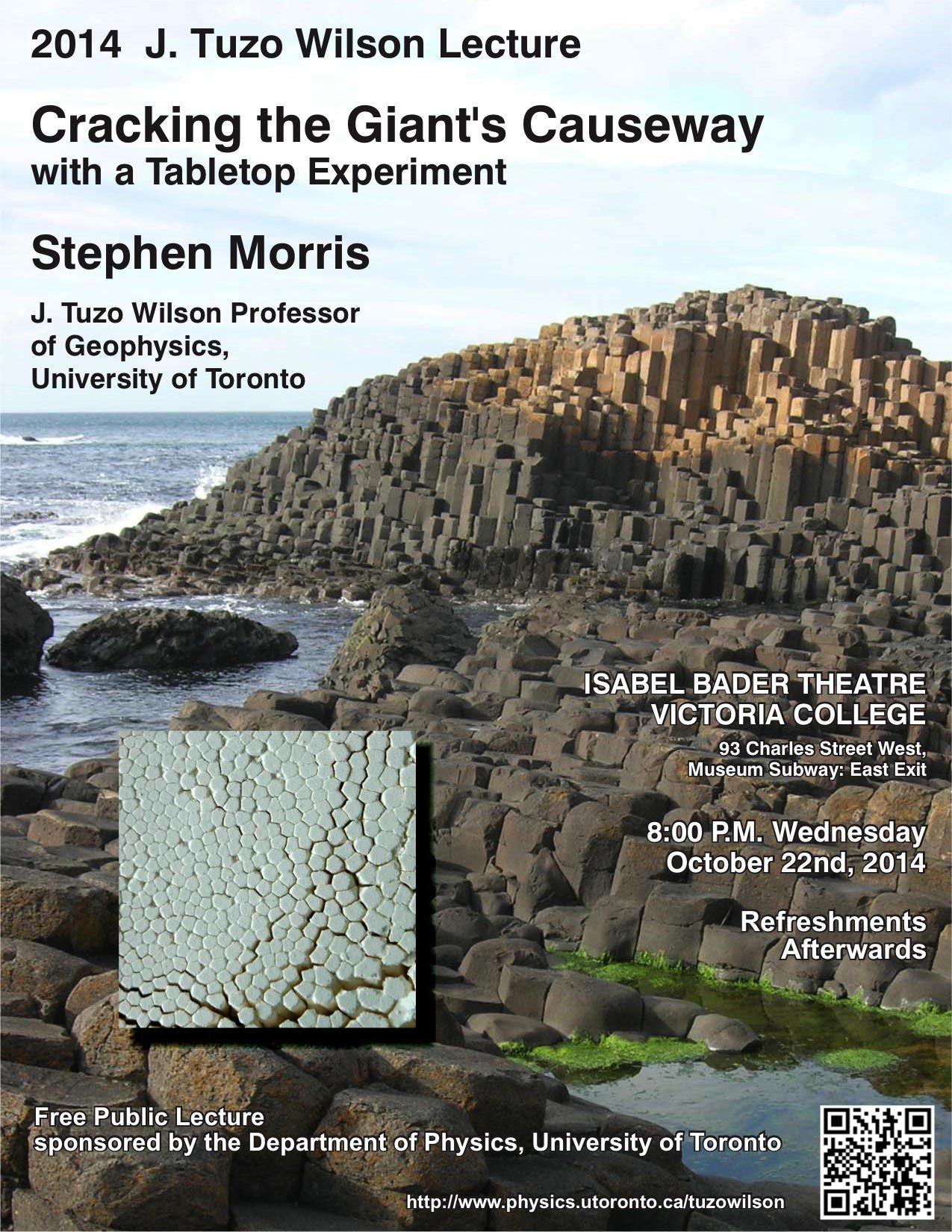